Eat & Drink With Us in Kenmore!

Now open 7 days a week for lunch and dinner! Indoor and patio dining available, or order online for pickup or delivery.

v
crunchy grandma-style pizza served only by the slice

crunchy grandma-style pizza served only by the slice

add waffle fries to any sando (3)

What's On Tap in Kenmore

We like to call this one Sunshine In a Glass ... or Sunshine In Your Belly because it won't stay in that glass long. Our Citra® IPA is designed to be light and bright in both color and body. Your first sniff will elicit images of tropical fruit and citrus thanks to a healthy dose of Citra® hops. Enjoy a pint of this and you might just find yourself gazing skyward, pondering how in the heck sunshine made its way into your glass.
AWARDS: 2019 Silver Medal-WA Beer Awards, 2019 Bronze Medal-Best of Craft Beer Awards, Silver Medal- SIP NW Best of the NW, 2015 Silver Medal-WA Beer Awards

Our Northwest Red Ale provides a distinctly Northwest hop character balanced with a restrained malt sweetness. We use 2 Row barley along with Best Maltz Red X to create a rich, red color and a smooth, satisfying taste. A hint of chocolate seals the deal.
AWARDS: 2021 Silver Medal-Great American Beer Festival

Rich in color and character, our robust porter conjures up memories of decadent chocolate treats dipped in coffee. Hints of dark chocolate, roasted coffee and light malty sweetness are the result of a complex malt profile including chocolate malt, roasted wheat and roasted rye.

Mixtape Juliet, our dry hopped sour series, showcases a unique combination of hops in each release-just like Mixtape Romeo does for Pilsner beers. This edition features El Dorado and HBC 692 hops for big grapefruit, pineapple and pear aromas.

Brewed with our friends at Ecliptic Brewing, this wheat-based, German-style Gose was concocted with coriander and salt. We dry hopped it with Sabro and El Dorado hops and finished with loads of pineapple.

A bold Northwest Style IPA packed with Vic Secret, Citra and Mosaic hops with a little Loral and Ahtanum thrown in for good measure. It's passionfruit, citrus, mango and a whole lotta fun.

Stoup Mothership IPA is a tribute to our little engine that could, Stoup Brewing Ballard. Driven by a desire to create delicious beer and powered by all the best people, this little brewery has produced the beer, served the beer and delivered the beer all by itself. Now that Stoup Brewing Kenmore is part of the family, Ballard will continue to produce the best beer possible to enjoy at both locations. Riwaka, Mosaic Cry and Loral Cryo with their grapefruit, tropical fruit and floral aromas are the perfect tribute to both Stoup locations.

We brewed this hazy gem for our friends at the Space Needle and Chihuly Garden and Glass. Can you think of a more beautiful place to drink a beer?! And if you're going to brew a beer for two of the coolest places in the world, you've got to add some of the greatest hops ever grown, Citra, Simcoe and Mosaic. This IPA has got citrus, berry and pine galore. Perfect for drinking perched high above our beautiful city.

This IPA has large whirlpool additions of Mosaic and is dry hopped with Australian hop variety Vic Secret. This IPA packs a wallop of passionfruit and pineapple aromas and flavors.

We are always thinking about our hop friends in Yakima, but they are especially on our minds right now during harvest season. With one, maybe two trips a week to pick up fresh hops, we get to see their hard working, smiling faces and it's the highlight of late summer for us. Yakima Bound is filled with late additions of Chinook, Citra and Amarillo for a grapefruit, pine and orange pint of west coast goodness. Cheers to you, Yakima!

The first in our 2021 Fresh Hop Fiend series, Triumph Fresh Hop Fiend is packed with 300 lbs. per batch of Triumph fresh hops from our friends at CLS Farms in Yakima. Triumph brings a noble hop character with aromas of orange, lime and peach. Drink it fast and fresh!

The second in our 2021 Fresh Hop Fiend series, Strata Fresh Hop Fiend is packed with 300 lbs. per batch of Strata fresh hops from our friends at Roy Farms in Yakima. Strata brings aromas of strawberry and passionfruit.. Drink it fast and fresh! 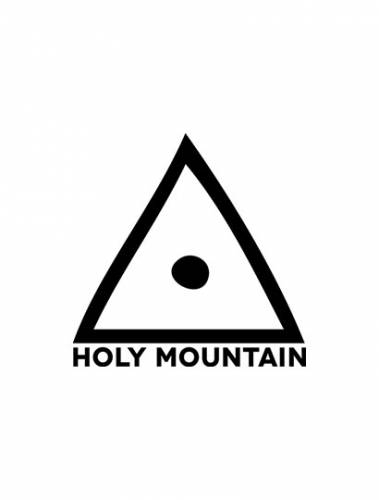 LONE STONED SOUL IS A SAISON BREWED WITH GENIE PILSNER MALT, ELWHA RIVER SPELT, PURPLE EGYPTIAN PALE, AND GAZELLE RYE, ALL OF WHICH COME FROM OUR FRIENDS AT LINC MALT IN THE SPOKANE VALLEY. IT WAS HOPPED THROUGHOUT THE BOIL WITH SPALTER SELECT, AND FERMENTED IN STAINLESS WITH ONE OF OUR FAVORITE SAISON STRAINS. THIS BEER IS SOFT AND RUSTIC, WITH A PRONOUNCED MALT CHARACTER AND CLEAN FINISH.

The fourth in our 2021 Fresh Hop Fiend series, Simcoe Fresh Hop Fiend is packed with 300 lbs. per batch of Simcoe fresh hops from our friends at Perrault Farms in Yakima. Simcoe brings aromas of stone fruit, pine and citrus. Drink it fast and fresh!

The third in our 2021 Fresh Hop Fiend series is a special one. Our Pilsner Fresh Hop Fiend is cold conditioned then transferred over HBC 586 fresh hops from our friends at Perrault Farms in Yakima. This pilsner is crisp and refreshing with aromas of mango, guava and citrus. Drink it fast and fresh!

Interested in hosting your next birthday party, work lunch, orget together at Stoup? Book your next event in our Loft!